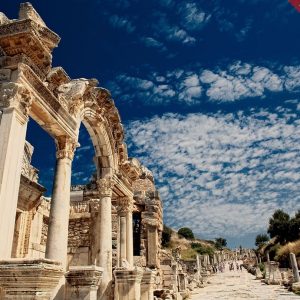 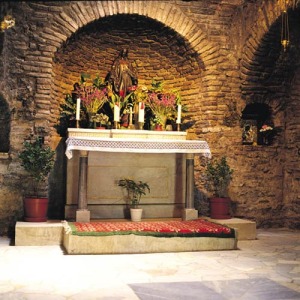 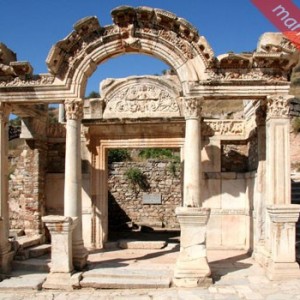 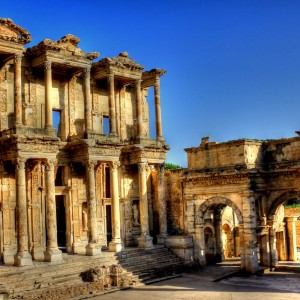 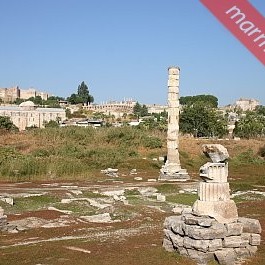 A Short Story of Ephesus

Ephesus near Marmaris is an elegantly preserved archaeological site where visitors can see the historic conservation at its best. This ancient city of Ephesus in Asia Minor is situated near the mouths of the River Menderes and on the south-western coast of modern Turkey is an embodiment of some of the most versatile synthesis of architecture and culture from a series of many ancient civilizations taking control over it.

The Greeks built an enormous Ionic temple here for Artemis, the Goddess for fertility, first around 8th century BC, which was considered one of the Seven Wonders of the Ancient World. The temple was destroyed and rebuilt from there several times. By the 2nd century BC, Ephesus had become the fourth largest city among the eastern Roman Empire with a population of 250000 people and was popular for the “Temple of Artemis”, the “Library of Celsius” and its Grand Theater.

Ephesus which was one of the greatest Ionian cities was also popular as a leading seaport.

Its wealth and splendor had become proverbial. Croesus of Lydia had captured this city from the Greeks during 550 BC and contributed with some additional columns to the Temple of Artemis.

Ephesians failed to defend their city and the Lydian control was established over the city. Though Croesus captured the city, he didn’t destroy it. He respected Artemis and continued its construction by donating 36 columns along with some sculptures as a relief. The city attained its “Golden Age” under his rule and gained a model status for art and culture in the Ancient World. Some of the sculptures from here are well preserved at the British Museum even today.

During the 4th century BC, the Lydian control came to an end and the city was passed over to the Persian Empire. The temple was burnt down but was again rebuilt before Alexander the Great captured the city in 334 BC. The city continued to thrive well with its glory and splendor even after witnessing many civilizations taking over it. During 133 BC, Romans took over the city and the temple of Artemis also came to be known as the temple of Diana. From 100 BC to 100 AD, Ephesus had served as the world capital for slave trade.

The City was destroyed by Goths

In 262 AD, the Goths ransacked the city and destroyed it. Later Ephesus never get back to its hey days and in time abandoned due to the silted up harbor. The excavations done in 1869-74 among the ruins brought up many artifacts and later excavations revealed the other important remains of the Roman and the Byzantine cultures.

How to get from Marmaris to Ephesus

if it’s your first time in Marmaris and don’t know a lot about Turkey , we do not recommend you the public bus transportation , you have to change buses from Marmaris to Aydın and then from Aydın to Selcuk , then you have to arrange another transportation from Selcuk bus station to Ephesus and you have to do this once again for the way back .

But instead you can pick up a daily excursion from Marmaris to Ephesus and everything will be arranged for you.

if you are really in the history and a day that you want on your own and explore Ephesus till its last detail and budget is not a problem the you can consider a private tour to Ephesus from Marmaris.

During you holiday in Marmaris Turkey , if you like to see the one of the biggest open air museum in Turkey, we recommend you to join Marmaris to Ephesus Day Trip .

What is the Airport code for Marmaris
February 26, 2017
Share with Google+Share with FacebookShare with PinterestShare with LinkedInShare with WhatsAppShare with Twitter
Go to Top