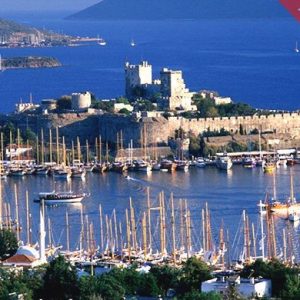 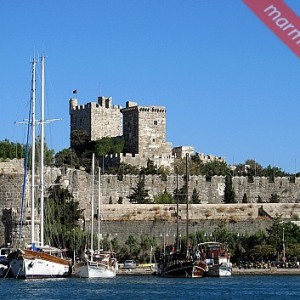 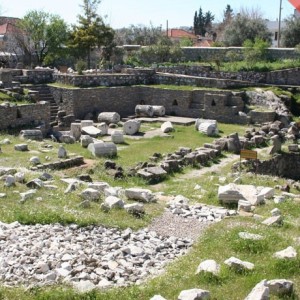 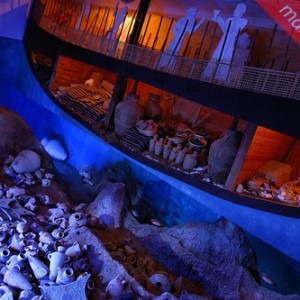 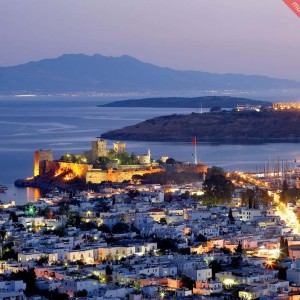 How to go to Bodrum from Marmaris

The distance between Marmaris to Bodrum is 165 km , it will take a drive for 2 and a half hours from Marmaris. In the summer season there are buses from Marmaris otogar ( bus station ) to Bodrum in every one hour. If you are staying in or around Marmaris Turkey , use the green colored Dolmuses to go to the bus station.

Bodrum is a small port town in the southwestern Aegean coast of Turkey. It is the site of the ancient city of Halicarnassus. It is one of the most popular vacation spots of Turkey. The town has a vibrant culture and unparalleled scenic beauty. Sandy beaches and the glittering waters are just the perfect invitations for a great outdoor vacation. The night life of the town is also spectacular. Bodrum is famous for its historical evidence. It houses the great Mausoleum of Halicarnassus. It was known as one of the Seven Wonders of the Ancient World. As it is an old town witnessing history you should not think it is devoid of modern facilities. Restaurants, apartments are abundantly available. The Beaches are maintained and cleaned everyday and are perfect for swimming. You can even take part in windsurfing, and diving. Boat tours and cruise facilities are also available.


The Bodrum Castle was actually built around the year 1402 by the Knight Hospitaller. Formerly it was known as Castle of St. Peter. The castle is a majestic building and worth a visit which is a modern museum today . For over a century St. Peter’s Castle remained as one of the most important castle of the Order. It served as a refuge for the Christians living in Asia Minor during the invasion of the Turks. Thus, this historic building is a major attraction for the tourists even today.

The Mausoleum was built by the sister and the wife of King Mausolos, Artemisia. It was actually a 21 stepped pyramid with a height of forty six meters. It carried a horse cart that symbolized victory and had thirty six marble columns. This work of art was once regarded as the one of the Seven Wonders of the World. Later an earthquake destroyed the Mausoleum and the remains were used for the building the castle.

The museum also known as the Bodrum Museum of Underwater Archeology offers an exciting trip to the past. It is actually the castle which was later turned into a museum by the Turkish government. It contains the underwater discoveries of ancient ship wrecks. The museum also has a collection of ancient glass, bronze and clay as Amphoras. Other ancient artifacts are also displayed. The museum is sure to amaze you and take you back to the times of mariners and the medieval age of knights.

Read Also: How Far is Bodrum From Marmaris

How to get from Marmaris to Cappadocia
January 26, 2018

Is Marmaris good for clubbing?
April 18, 2017
Share with Google+Share with FacebookShare with PinterestShare with LinkedInShare with WhatsAppShare with Twitter
Go to Top