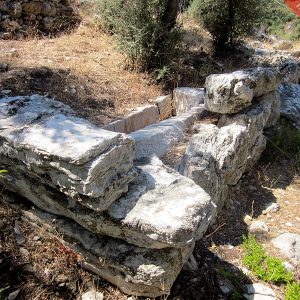 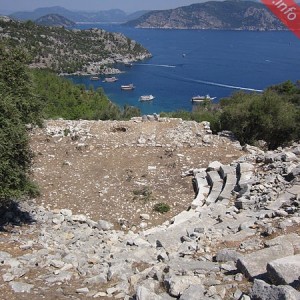 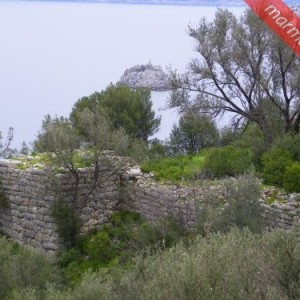 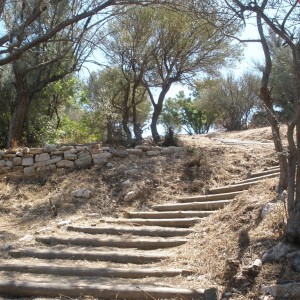 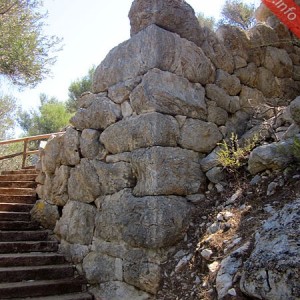 Every year many people visits Marmaris to enjoy its beautiful hills, beaches and Mediterranean sea but still there are sites near Marmaris which are not known by simple holiday makers and if you don’t want to be one of them and planning to visit Marmaris , then you will have a change to visit an unknown ancient town like a little secret near Marmaris named as Amos.

This ancient town is at the distance of 24 km from Marmaris. In history Amos was part of Caria near the Mediterranean sea front. The Amos Ancient City is a small but a beautiful historical site which has a some attraction near Marmaris. There are 2 ways to visit this ancient city , you can either catch a Dolmus from Marmaris to Turunc and tell the driver that you want to visit Amos or you can arrange your self a private tour from Marmaris to Amos.

The Amos Ancient City was dating back to the 5th Cent. B.C under Delian organization and Rhodians and the communities who belonged to this city are named ‘’ kherronesioi ’’. Leftovers of Amos are centered near the mountains of Asarcik which resides on stronghold spot, closely on top of a bay near Marmaris.

What is left today in Amos Ancient City ; the walls are built by itinerary multilateral stonework in Hellenistic time. These walls are still in very good condition towards north side of the city at which the wall is standing together with the towers. If we talk about the southward side of the walls most of them are disappeared due to natural events.

In Amos Ancient City there are still five towers and those all are in good condition. In the wall of northward side a gate is placed, surely it was the entrance gate of town in ancient times and it dates back to 4th Cent B.C.

There is a small temple dedicated to God Apollo Samnaios in Amos (“Apollo-of-the-hill”).

A Greek theaters is perhaps the most visible remain in the ancient city of Amos , estimated seating capacity of the theater is around 1300 people , orchestra and the skene is pretty good in condition . George Ewart Bean an English archaeologist who did the very fist excavations in the city of Amos in 1948.

The ancient tombs, which is named as Necropolis ( the city of dead) , are north side of the Amos Ancient City , several rock cut tombs is still visible even today.

There are many other things which are very interesting and makes Amos more mysterious to us, and there are some more ancient towns near Marmaris but Amos is the first choice of visitors because of the close traveling distance from Marmaris and suitable for the people who would like to have a quite day out from Marmaris due to its beauty and natural environment and the ancient remains of the city .

What is the Airport code for Marmaris
February 26, 2017
Share with Google+Share with FacebookShare with PinterestShare with LinkedInShare with WhatsAppShare with Twitter
Go to Top