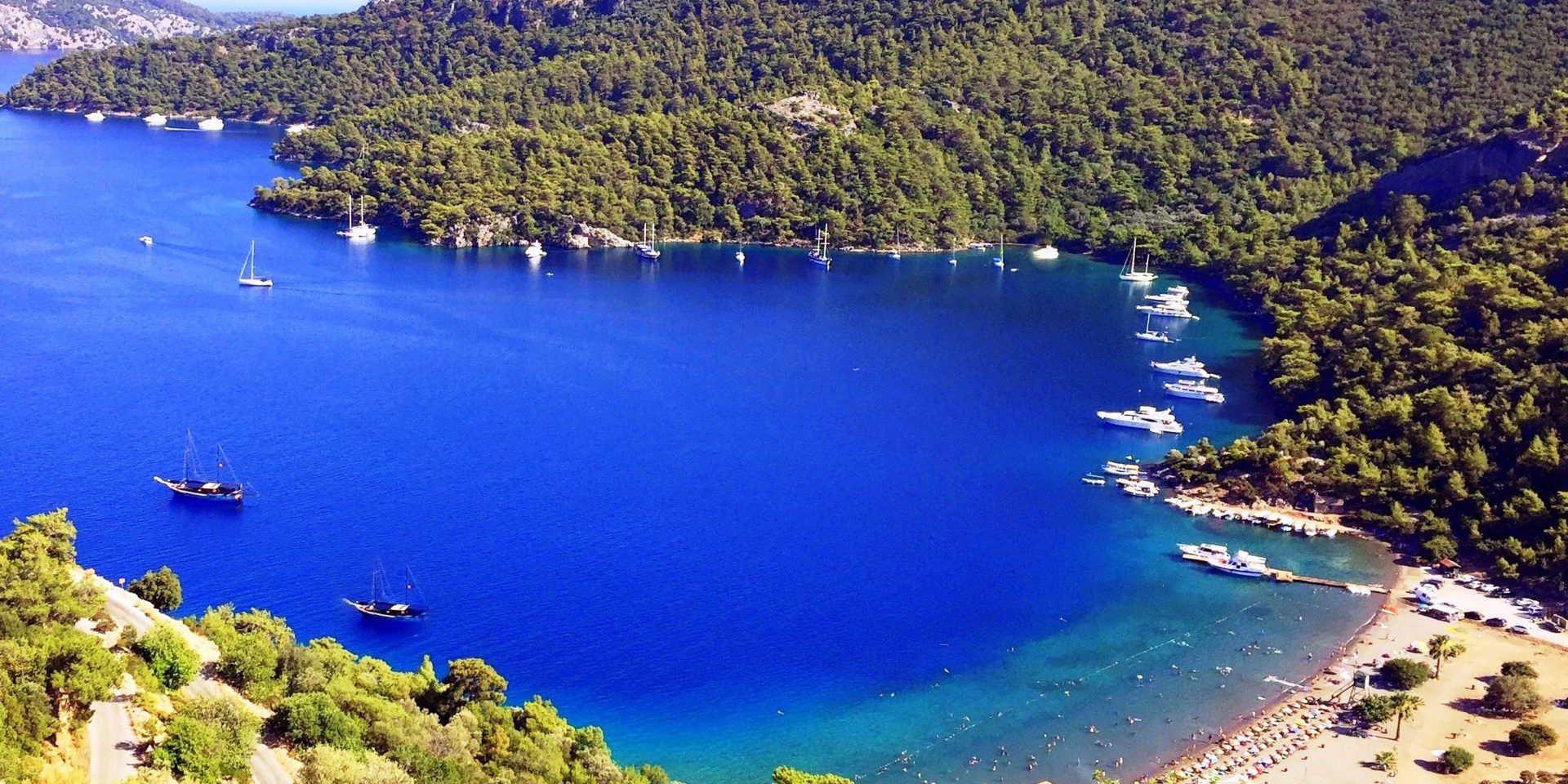 Which sea is Marmaris on?

Marmaris is a beautiful holiday destination, located on the Lycian coast in the southwest of Turkey, where the Mediterranean Sea and the Aegean Sea come together. The water temperature during summer months reaches 23-24 degrees Celsius. This popular touristic city has one of the largest natural harbors in the world surrounded by pine forests.

It is believed that this sea is named after an Amazonian queen who died in the sea, or from Aegeus, the father of Theseus, who drowned himself in the sea. There were many ancient civilizations who settled on the shores of the Aegean Sea. The crystal clear waters are still very popular and attract many tourists from all over the world.

The Mediterranean Sea is almost completely enclosed by land and was very important for trade and cultural exchange by the many ancient civilizations. The name comes from Latin; Medi means middle, Terra means land or place.

Marmaris has a Mediterranean climate. The town has warm, dry summers and humid winters. Between April and November the rainfall is almost zero and there is plenty of sun. The number of sun hours in mid-summer is around eleven to twelve per day. From December to March it is a lot more humid in Marmaris.

How to Get a Work Visa in Marmaris Turkey
September 26, 2017

Things To Do in Marmaris For Families
February 8, 2019
Share with TwitterShare with FacebookShare with PinterestShare with LinkedInShare with WhatsAppShare with Google+

Things To Do in Marmaris For Families
February 8, 2019