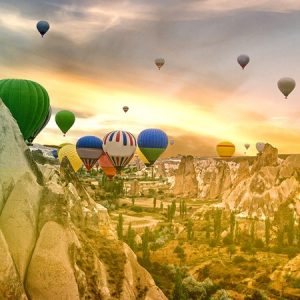 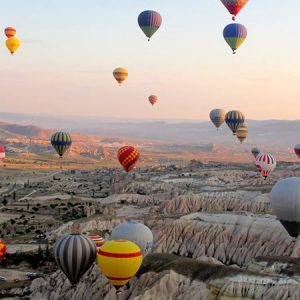 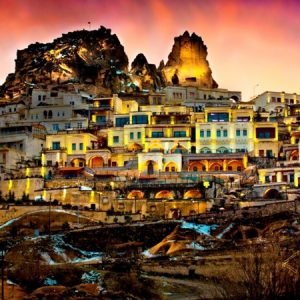 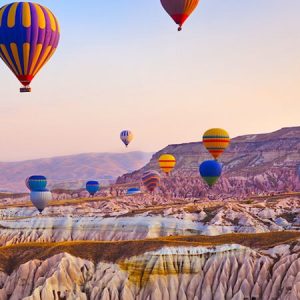 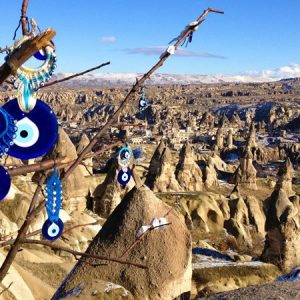 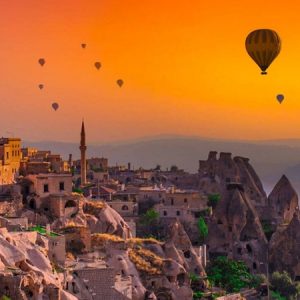 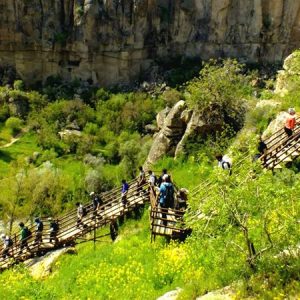 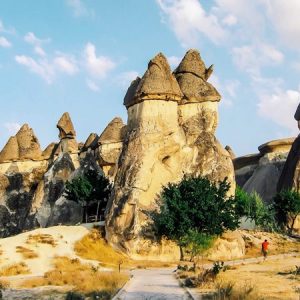 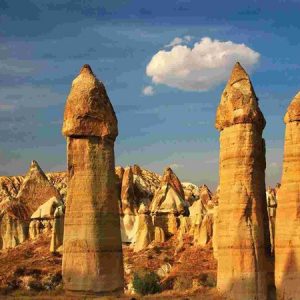 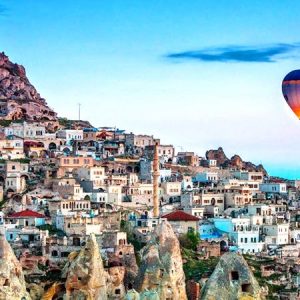 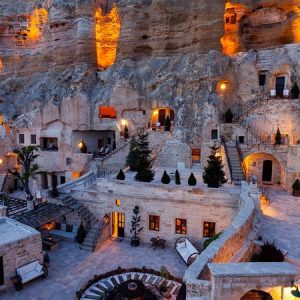 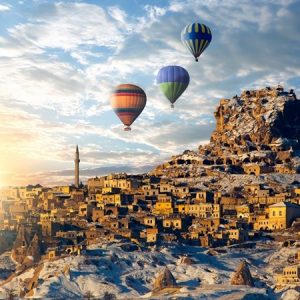 Join one of the most fascinating and interesting 2-day excursions during your vacations in Marmaris and explore one of the most known sites in the country. This 20day tour gives you the opportunity to visit Cappadocia and admire its imposing valleys that are full of interesting rock formations and fairy chimneys. Admire the beauty of the landscape, unfold the local culture and learn the region’s history.

The tour starts during the afternoon, when an ultra-comfortable and fully air conditioned mini bus picks you up from your hotel. As the distance between Marmaris and Cappadocia is long, an over-night road trip follows that has an approximate duration of 13 hours. A professional tour guide will accompany you during the road trip, as well as during this 2-day exploration.

Upon arrival at Cappadocia, during the morning, you will have some time freshen up yourself and enjoy a delicious and freshly made breakfast buffet. Energized and relaxed, you will then continue with an amazing sightseeing experience in North Cappadocia. During the first day of this excursion, you will visit the Uchisar Castle to enjoy some panoramic views. Then you will visit Goreme Open Air Museum, to observe churches and monasteries carved into rocks. During the first day, you will also visit the abandoned village of Cavusin. This settlement used to be inhabited by the Greeks and has a unique charm and a mystical atmosphere due to the stone and rock-cut houses.

Tours To Cappadocia From Marmaris

The schedule includes also 2 interesting visits at local workshops. The tour guide will take to Avanos town in order to visit a pottery workshop and to a carpet factory in Goreme. During the afternoon, you will be transferred to a hotel in Cappadocia in order to spend the night.

The second day of this tour begins with a tasty breakfast at the hotel. The first stop of the day takes place at Derin Kuyu, which is the second most visited underground city in the country. Multiple tunnels, rooms, halls and rich history are some of the site’s key characteristics.

After spend some time there, you will enjoy a refreshing and revitalizing walk along the Melendiz River and through the Ihlara Valley. Ihlara is in fact a 100km-deep canyon which hosts some of the most thrilling fairy chimneys and rock formations. The exploration continues to Selime Monastery which is the biggest religious building in Cappadocia. The village has a long history as it used to be the home for many civilizations.

The bus will then transfer you to the infamous Pigeons’ Valley. This valley is known for having pigeons’ nests on the fairy chimneys. The valley is picture-perfect so do not forget to snap some photos. The last stop of the tour takes place at an onyx factory, where you will learn interesting things and be able to purchase some souvenirs

By the end of the last stop, the bus will drive you back to Marmaris. During the over-night road trip, you can take your time to relax and sleep. The 2-day excursion in Cappadocia finishes when you return back to your hotel.

Cappadocia is one of the most charming and beautiful cities in the country, with deep rooted tradition and rich history. This 2-day tour from Marmaris, gives you the opportunity to explore the most iconic valleys and sites in Cappadocia and learn some interesting information about the region. Escape from the crowds of Marmaris and create long lasting memories with an exciting, yet informative 2-day excursion in Cappadocia.

Marmaris Cappadocia Tour What Include

The tour begins during the afternoon with a pick-up service from your hotel in Marmaris. A comfortable and luxury mini bus will drive you towards Cappadocia with an over-night road trip. The duration is almost 13 hours so take your time to relax and sleep during the journey.

When you arrive in Cappadocia you will have some time to freshen up and enjoy a breakfast. The first stop of the schedule takes place at Uchisar castle which is located at the highest point of Cappadocia. From there, you can admire some nice panoramic views.

The bus will then take you to Cappadocia’s most visited site, the Goreme Open Air Museum. This area has many churches and monasteries that are carved into rocks which are known for their beautiful frescoes. A short stop will also take place at the abandoned Cavusin village in order to feel its charm and learn its history.

During the first day of this tour, you will also visit two of the most popular valleys in Cappadocia. Devrent or Imagination Valley is particularly famous for having rock formations that look like animals or objects. The Monks Valley is known for having beautiful and imposing fairy chimneys so take your time to snap some photos as you walk around.

In order to explore the local culture and interact with the local people, you will also visit two interesting workshops. Firstly, you will visit a pottery workshop in the charming Avanos town, and secondly a carpet factory at Goreme. There, you will learn some interesting information about the production and you can also buy some souvenirs. By the end of the last stop, you will be transferred to a hotel in Cappadocia.

On the second day of the tour, a delicious breakfast awaits you at the hotel’s restaurant. After checking out from the rooms, a bus will be there to transfer you to the first stop of the day which is at Derin Kuyu underground city

After spending some time in the underground city, you will have some time to walk and explore the Melendiz River and the Ihlara Valley. This canyon is 100km-deep and has a wind natural beauty.

On the second day, you will also visit the Pigeons’ Valley, one of the most beautiful and famous valleys of the area. There, you can observe rock formations and fairy chimneys that have pigeons’ nests.

The last stop of the excursion takes place at an onyx factory. There, you will receive some interesting information about the production and purchase some souvenirs if you want.

By the end of the last stop, an over-night road trip follows back to Marmaris. After 13 hours, you will return back to your hotel.