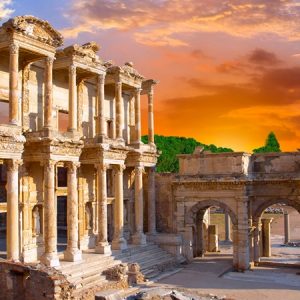 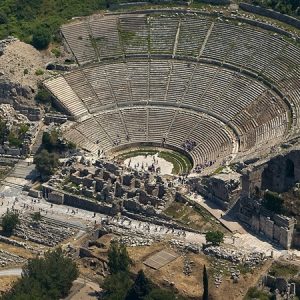 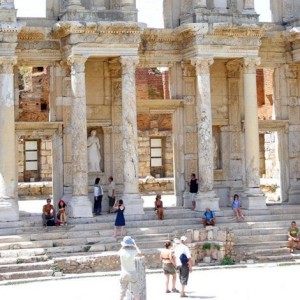 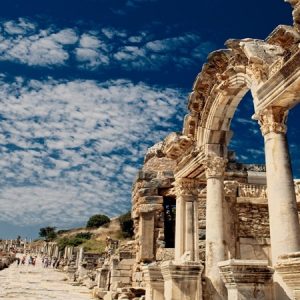 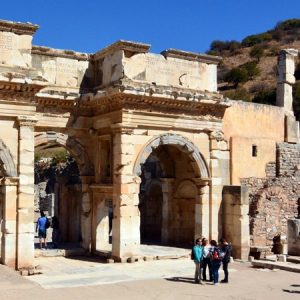 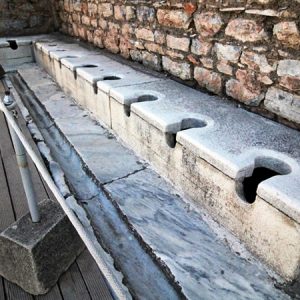 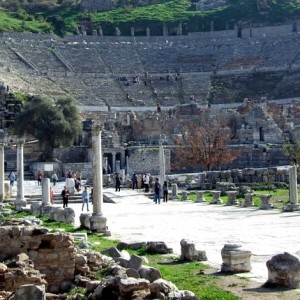 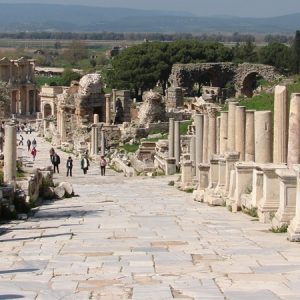 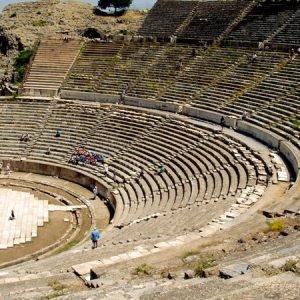 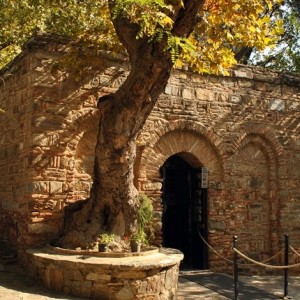 Are you planning a holiday to Marmaris? Don’t forget to include Marmaris Ephesus Day Trip to your holiday plans. The commercial capital of the ancient world, Ephesus is a remarkable archaeological site. It is one of the best preserved classical cities of the Mediterranean, traveling to this place will let you experience the genuine Roman times atmosphere amidst the modern world!

Marmaris is about 190 km to the south-west off Ephesus. The journey between is barely about three hours when you travel across the freeways- straight roads with no or very less traffic. We specialize in making your trip between Marmaris and Ephesus a truly comfortable one at its best! During Marmaris Ephesus Day Trip, we arrange guided tours across the ancient city site that runs up to two hours.

The huge archaeological site is a popular crowd puller with nearly two million people visiting here annually. As you walk across the marble street you will reach the Great Theater, the Library of Celsius and the facade that have all been fully restored. However, the most famous monuments here are the Temple of Hadrian and the ancient Temple of Artemis, which is popular as one of the Seven Wonders of the World. The strikingly large amphitheater in Ephesus once used to hold about 24,000 spectators at a time! Archeological sources infer that this site was a flourishing commercial city during 200 AD .

During the excursion, our  tour guide will let you know more of the ancient Greek and Roman stories related to Ephesus. You can peep into the mythological world of the Gods and the demigods and make your journey a truly curious one as well. Excursions to places like Ephesus will take you into an entirely different and mesmerizing world for a while. After visiting places like Ephesus, one would realize that Turkey is not just a place to enjoy beach resorts, but also the origin of diverse ancient civilizations.

Our Marmaris Ephesus Day Trip is the one you must never miss while in Turkey. Ephesus was the commercial capital of the ancient world among the Mediterranean region. The ancient city site of Ephesus is magnificently preserved and houses ancient monuments like the Library of Celsus, the Temple of Artemis, the great amphitheater and the Temple of Hadrian. Our friendly and well informed guides will take you across these historical monuments and let you know more of the magnificent history of Turkey. Our tour price includes breakfast and lunch as well. The tour price also includes your visit to the nearby pilgrimage site of House of Virgin Mary. You can enjoy a hassle-free day tour to Ephesus with us.

The city site of Ephesus is well preserved and some of the ancient monuments have been restored to the fullest. The city site is quite large and you will visit a good number of monuments walking over the marble street. We arrange for guided tours across all of the major monuments in the ancient city of Ephesus. Our guided tour across the city site goes on for over two hours! Our well-informed and friendly guides can communicate in English and help you know more of the interesting history of Ephesus. Archeological sources suggest that this city site was a flourishing commercial hub during 200 AD.

Never miss an opportunity to visit the ancient city site of Ephesus while you are in Marmaris. The journey between Marmaris and Ephesus is about 190 km. We arrange to pick-up you from the hotel you stay in Marmaris and take you to Ephesus in our well-kept buses. We ensure that you enjoy a trouble-free and comfortable bus journey with us. Our day tour from Marmaris to Ephesus offers you stunning views of nature while you travel across countryside over the freeways. You will be at the city site of Ephesus in around three hours once we leave Marmaris.

Marmaris to Ephesus Trip What Include

Marmaris to Ephesus Trip What Exclude