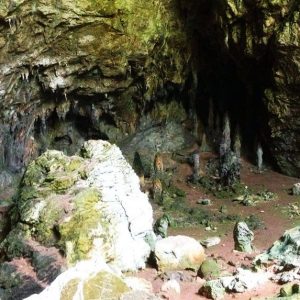 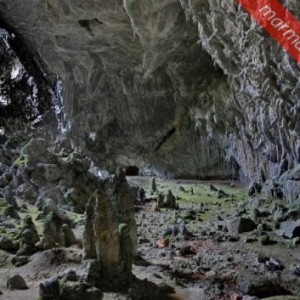 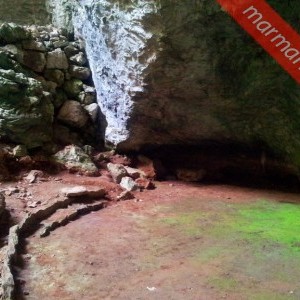 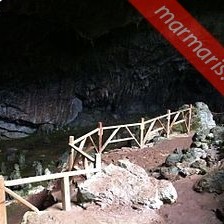 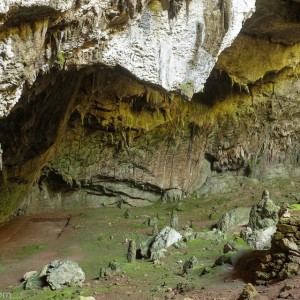 This venue has been constructed far worshipping purposes with a height of 3,5 meter a width of 5 m completely by using filling material. Judging by the archeological finds found within the filling material it is understood that the sacred area was constructed in the late second century A.D.

It has been determined that there is a cult of Mother Goddess Leto who is the mother of God Apollo and Goddess Artemis in the Antique City of Physkos in the research conducted by Dr. Nese kırdemir who is the Manager of the Marmaris Museum in the antique settlements located at the center of Marmaris and that the Nimara Cave which is located at the highest point of the Heaven Island was used as a temple by the residents of the Nimara Antique City.

As of the 5th century B. C. the worship tradition turned toward the main rock without a change of the Nimara Cave itself thereby determining the direction of worship as the main rock A special area has been created with the polygonal stones placed with a height of 30 cm above the ground surface in a manner so as to form a semi-circle at a distance of 3 m away from the main rock for the offerings that will be made to the Mother Goddess. Offerings to the Mother Goddess consist of cremation, terra cotta, mother goddess sculptures and glass beads. The fact that the sacred area located at the entrance of the cave must have been related with the desire to perform the ritual before the grand rock at the entrance of the cave which is considered to be a shrine and also in a better illuminated space.

From the cremation marks in other parts of the cave and especially in the front of the main rock it is understood that the entire cave served as a temple in the antique period.