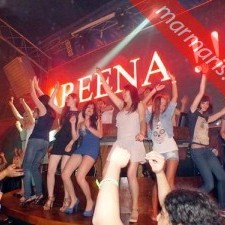 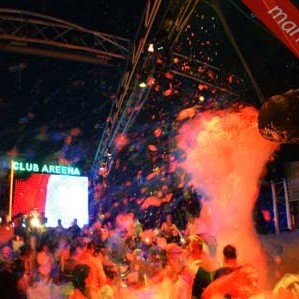 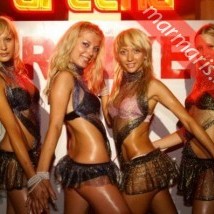 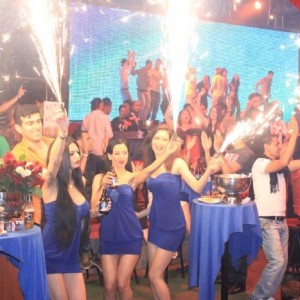 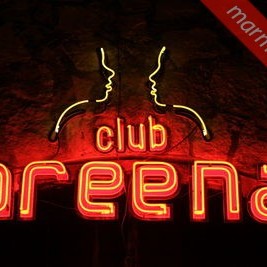 Proud presenter of some of the best laser shows one can find in town, as well as the largest venue , this nightclub has succeeded in making a name for itself in a very short period of time. There is all the glamor of the great daily shows, live performances and parties set in motion by some of the most popular DJs in the world. Arena Nightclub Marmaris has for the past six years concentrated solely on revolutionizing the party scene, by focusing on redefining itself as the place to be on a night out. As such, it opens for business only at 21:30 p.m. and remains open till about 4 in the morning. The hours in between are one giant laser swept, music haunted gala.

Tourists and regulars alike make the most of the free entry that Arena Nightclub Marmaris offers, as well as the chance to catch a glimpse of many Turkish celebrities up close. While some like to sip drinks on the terrace, most people are naturally drawn to the unique, LED swamped mayhem down below, which incidentally ends every night with the famous “foam party”, an appropriate end to a night’s worth of crazy revelry.

Romantic Things to Do in Marmaris
February 6, 2018

How to get from Marmaris to Cappadocia
January 26, 2018
Share with Google+Share with FacebookShare with PinterestShare with LinkedInShare with WhatsAppShare with Twitter
Go to Top